ÅRE BRYGGERI
Åre Bryggeri (Åre Brewery) was launched by the agency itself as a marketing case study. The purpose was to provide examples, using clear positioning and differentiation, of how to build a strong brand.
Brewing under sub-licence avoids the need for costly production facilities, allowing more investment in creative marketing.
Åre Bryggeri was the first Swedish brewery in 53 years to be licensed to brew and sell high-alcohol beer.
This prompted a structural change that led to the establishment of a number of small breweries.
The business idea was to launch the brand in the popular Åre resort area, to reach vacationing Stockholmers — strong in spending power.

SUMMARY
Hummel brand beer soon had a sales volume worth SEK 12 m per year, with most product selling through Systembolaget (state liquor retail monopoly) in the Stockholm region.
According to market research by Temo of brands connected to the Åre resort region, Hummel had 37 % spontaneous recall less than two years after launch. The figures were far better than for major competitors.
A new brand had found its end-users. 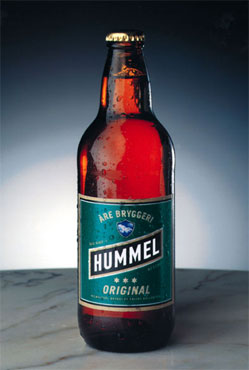